THE RESPECT AND KINDNESS YOU DESERVE

No matter how complex the situation may be, we are committed to offering families peace of mind in knowing they have the dedicated legal assistance they need in their estate planning matters.

We help families understand their options and make informed decisions. Our attorneys focus on the needs of older adults. We handle important financial and estate planning matters as well as day-to-day issues of seniors. These issues include assisted living and life planning.

We understand that your family matters are important. We are committed to presenting families the best estate planning options.

The experience and expertise of our lawyers in estate planning matters will ensure that you receive the best possible advice to your specific situation.

We know that estate planning issues are unique to each situation. We present you with the best options for your specific needs.

Lawyer Greg Jimeno is a native of Anne Arundel County. He understands the specific needs of the area.

Greg JimenoLawyer
Gregory P. Jimeno, a native of Anne Arundel County, served as an Assistant State’s Attorney for Anne Arundel. Mr. Jimeno has appeared in court and administrative hearings across the state, including the Court of Appeals, the highest court in Maryland. In recognition of his standing in the legal community, Jimeno has been named a “Super Lawyer” by Super Lawyers and Baltimore Magazines as well as a Leading Lawyer in What’s Up Annapolis Magazine. In addition, Mr. Jimeno has received a perfect 10/10 rating from the independent ranking service at Avvo.com. The National Trial Lawyers has named Mr. Jimeno as one of the Top 100 Lawyers in Maryland. Mr. Jimeno has also been called to as a “Well connected” lawyer by The Capital newspaper.

Mr. Jimeno has been a leader in the legal community, having been elected to serve as President of the Anne Arundel County Bar Association and served a two-year term on the Maryland State Bar Association Board Of Governors. The Governor Of The State Of Maryland appointed Mr. Jimeno to serve on the Anne Arundel County Judicial Nominating Committee, a position he held for 8 years.

Mr. Jimeno is a member of the Estates and Trusts of the Maryland State Bar Association and the National Association Of Elder Law Attorneys.

Frank GrayLawyer
Frank C. Gray, Jr., a native of Rockville, Maryland, received his undergraduate degree Magna Cum Laude from the University of Delaware. A member of the prestigious Phi Beta Kappa Honor Society, he was awarded the Award of Special Merit for outstanding academic achievement in college. Mr. Gray received his Juris Doctor degree, with honors, from the University of Maryland School of Law. After law school, he became an Assistant State’s Attorney for Anne Arundel County. In recognition of his standing in the legal community, Mr. Gray has been named a “Super Lawyer” by Super Lawyers and Baltimore Magazines as well as a Leading Lawyer in What’s Up Annapolis Magazine in multiple practice fields. In addition, he has received a perfect 10/10 rating from the independent ranking service at Avvo.com and received recognition from the American Institute of Family Law Attorneys for client satisfaction. He is court certified to represent children in high conflict divorce cases and has spoken to various professional groups about legal issues.

Thank you so much for your outstanding work in representing my interests. Everyone in the office was friendly and highly professional. Communications were clear and timely. You explained everything very well and helped me make decisions along the way regarding my case. Every time we spoke, I felt that you were on top of all aspects of my case. I had choices when seeking legal counsel, and I am pleased that I chose Mr. Jimeno.

My husband was in a legal situation that was completely foreign to both of us. Mr. Gray guided us through the process is a way that kept us grounded and well informed. Mr. Gray is a superb legal counselor.

Thank you so very much for the tremendous help you have been to our family over the past months. Your compassion, patience, and support meant a great deal to all of us. We are so very grateful to have been working with you.

Prepare for Your Future

Planning your estate now will save you time and money in the future. Rely on our experts to review your options and advise on an appropriate action plan to protect your hard-earned assets and life savings. 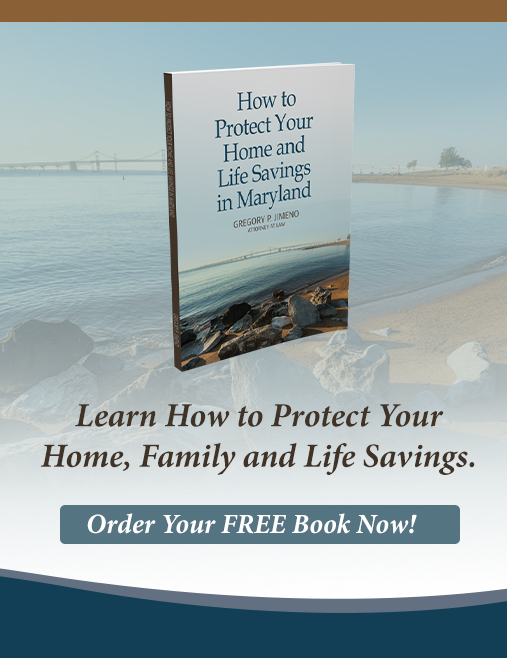